In July 2013, I received an email from a staff member at the Adler Planetarium in Chicago, IL.

The email explained that the Planetarium was hosting a one-year celebration of the Mars “Curiousity” Rover’s landing on the planet Mars, and if I’d be able to build a full scale model of the Mars Rover, entirely in balloons. 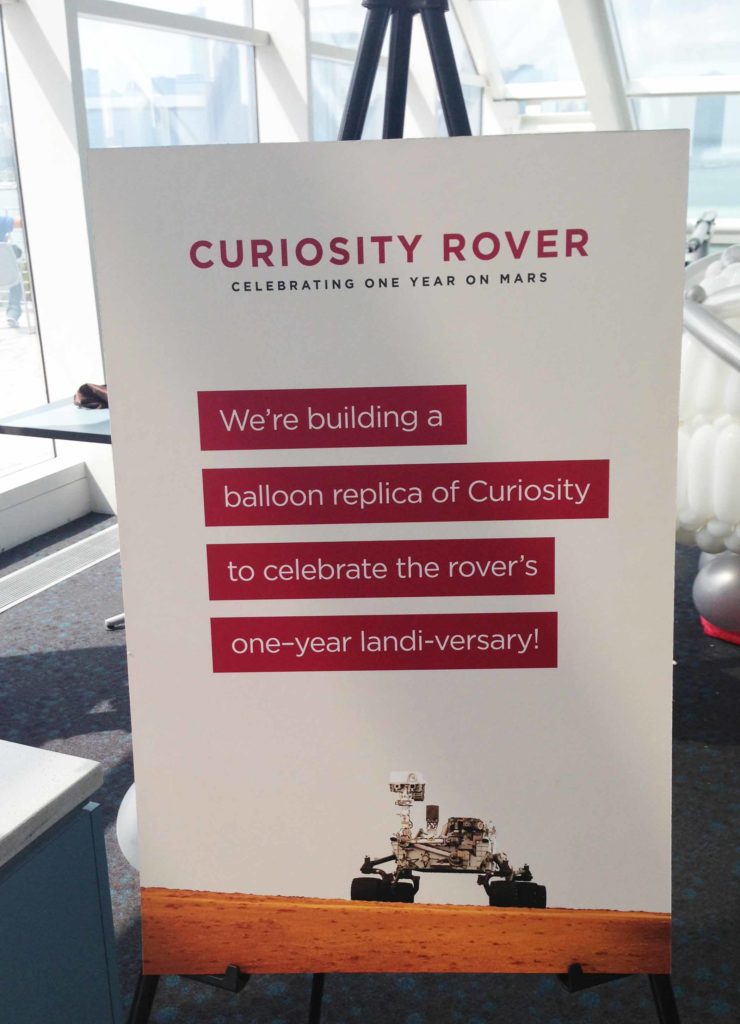 In my twelve plus years as a balloon artist in Chicago, I’ve built a Greek Parthenon, an Abraham Lincoln, an entire circus, and a life sized car all out of balloons, but never a Mars Rover.    This sounded like a great challenge, and a great opportunity to work at Adler Planetarium, one of my favorite places in Chicago. 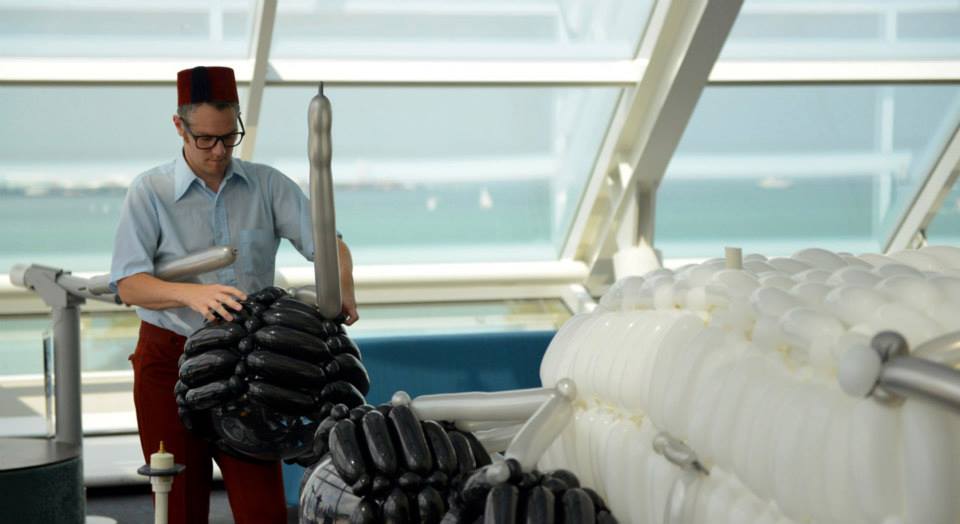 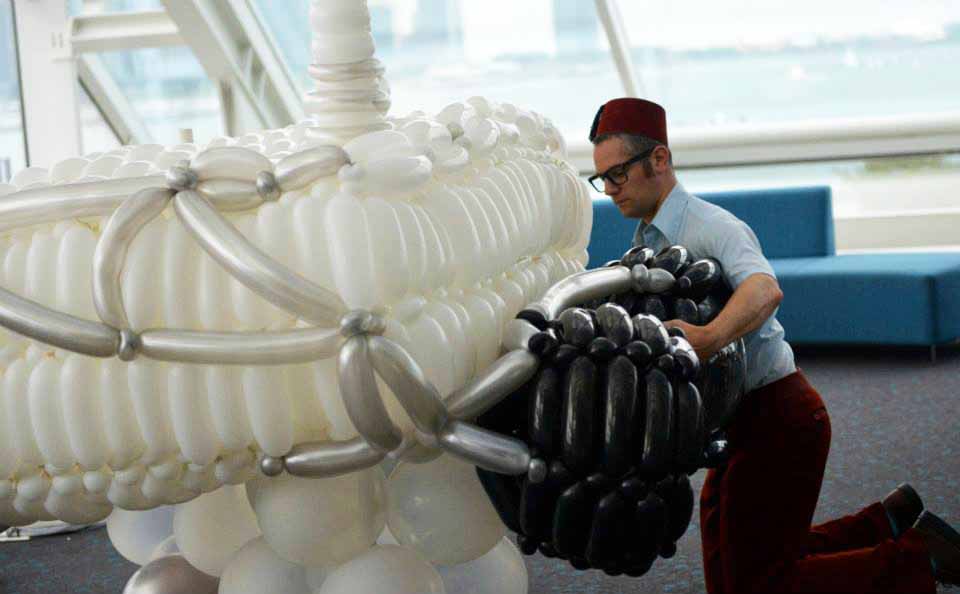 The building of the Mars Rover began at 8:30 am before the Planetarium even opened to the public, and continued throughout the morning into the afternoon.

Since the Rover had to be completed by 2:30 pm that same day, I enlisted the assistance of a fellow balloon artist, Ryan Freeman of RCJuggles (you can see his amazing work at www.RcJuggles.com) and together, we were able to complete the entire piece by the afternoon deadline. 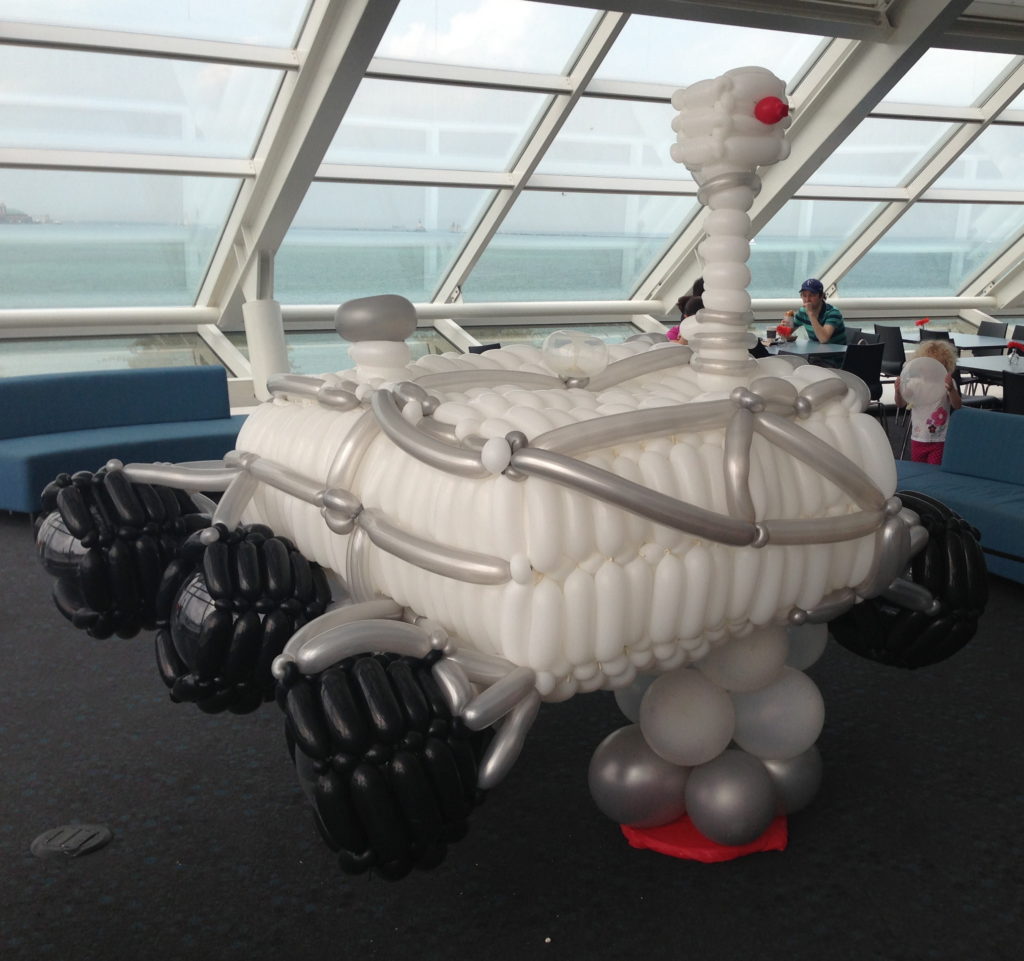 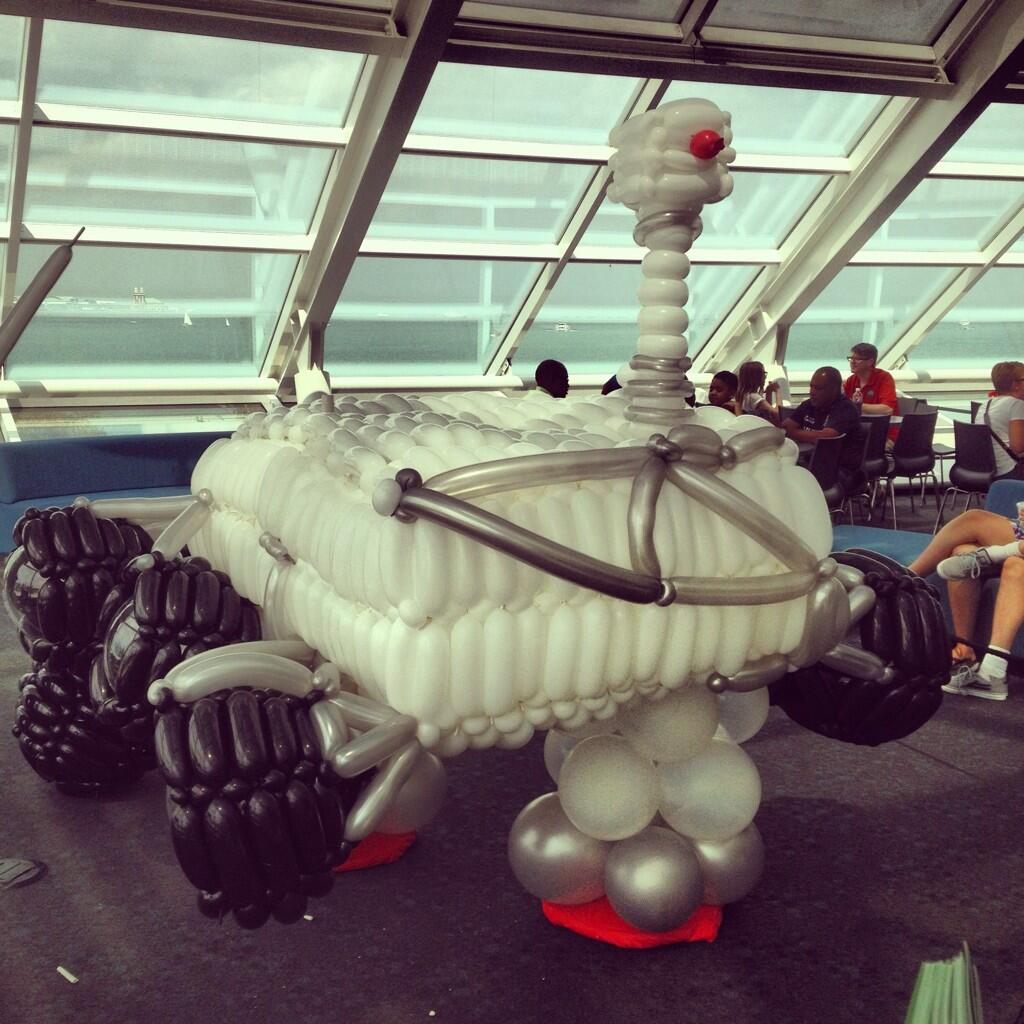 It was a true honor to showcase my unique balloon work at a prestigious venue of the Adler Planetarium.   The Mars Rover stood on display for over a week, and I’ve been informed that patrons of the Planetarium were amazed to see this kind of work done with balloons. 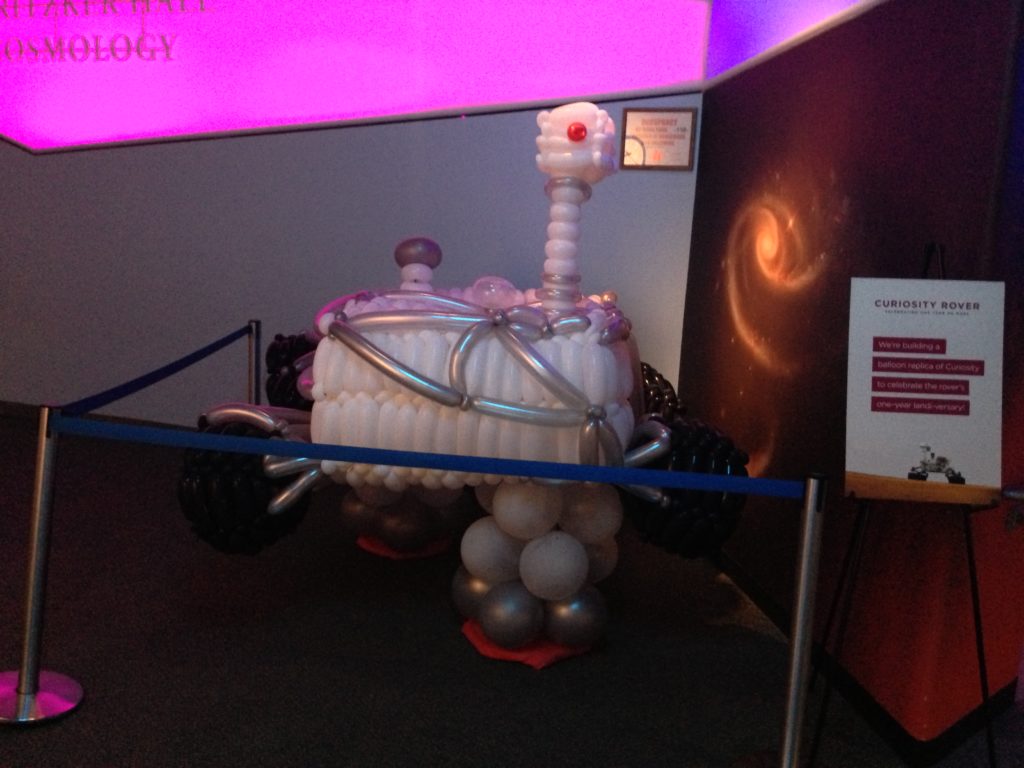